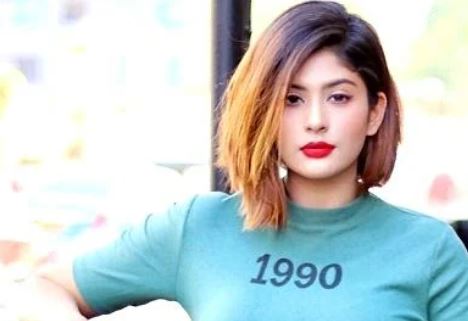 Well, if you don’t I think you should go through the article provided below. Here is all that you should know about Shanice Shrestha.

I hereby present an article related to Shanice Shrestha Sharma in this article I present all the information to the best of my knowledge. In this article, you will get to know untold information and interesting moment of her life.

The struggle, criticism, and upward situation as well as downward situations of her life and about her personal and Professional life, Education and Career. It’s going to be an interesting article.

She is a Catholic. She also has a younger sister named Olivia Shrestha. Olivia and Shanice love both you very much. Her parents are very supportive they have supported her in everything that she is interested in.

She did her schooling at Carmel of St. Joseph School Mumbai, Maharashtra. She is a Red-Belt in Taekwondo. She pursued her graduation with Bachelor in Mass Media from St. Andrew’s College, Mumbai.

She wanted to be an actress so, She has also pursued an acting course from The ITA School of Performing Arts, Mumbai.

She is well-known for her work in an episode of the Indian TV Crime show “Savdhaan India-India Fights Back” in 2014.

She also appeared in an episode of Bigg Boss and shared the stage with the Host Salman Khan on Weekend Ka Vaar. Apart from being an actress, Shanice has become a social media influencer.

She has more than 700k subscribers on YouTube as of 2022 and above 600k followers on Instagram. She used social media in her daily life world and she updates her daily status and activity on Instagram, Facebook and etc.

Shanice went on a ride with Nikhil Sharma, popularly known as Mumbiker Nikhil to Kashmir to Kanyakumari after which she gained more popularity. Shanice and Nikhil dated each other for a long time.

After k2k(Kashmir to Kanyakumari) Shanice went to many places with Nikhil including Nepal, Czech Republic (Prague), Abu Dhabi, Macau, Leh-Ladakh & many more renowned places in India.

In Prague, the capital of the Czech Republic she met another popular Indian YouTuber Prajakta Koli. Shanice is also a social influencer. She also endorses many brands related to makeup and designer outfits.

There is a vlog on their channel when Nikhil proposed Shanice. It was a big surprise for everyone and where nobody is expecting this to happen.

Shanice got emotional and her eyes were for of tears with happiness when Mumbiker Nikhil proposed to her. During a television show, she and Nikhil met and they become good friends.

Later they started working together and started dating and finally got engaged together. They both love each other and a song was released by Palak Mucchal on them.

The song was very popular after it was released. It has over 6M views on YouTube. Music was composed by Sanjeev-Ajay, lyrics were written by Sanjeev Chaturvedi.

The music video starring Nikhil and Shanice gained popularity due to both the actors dating each other in real life. On Nov 24, 2020, another song “Ishq Parasti” was released.

It has more than 3M views on YouTube. The song was presented by Voila Digi and sung by Yasser Desai. Ishq Parasti means Idolization of Love.

Masse Uddin Qureshi wrote the song and Siddharth Parashar was the composer of the song. Well, as of now they have tied the knot on 31st January.

They have also shared vlogs of their marriage named Dulha and Dulhan edition by Nikhil Sharma and Shanice Shrestha.

Shanice basically earns from modelling, acting, and monetizing from YouTube channel and Personal Blogs. Her net worth is currently unknown.

She used to live in Mumbai, India in her apartment with her family. According to rumors we don’t know about Shanice’s income but she lives her life as a luxurious standard.

Shanice also gifted her parents “Tata Nexon” on their 27th Wedding Anniversary. The things she does rather than vlogging are she is an actress and freelance model also.

Her future goal is she wants to become a successful Television Actress. After she wants to start up her own clothe’s business, which will be designed by herself.

Shanice Shrestha Sharma loves singing and dancing and she is good at both. Her favorite holiday destinations are Leh Ladakh (India), Macau (Republic of China), New York (America). Her favorite YouTubers are Jess and Gabriel Conte.

Top No 1 Vlogging Channel in India

I hope you have enjoyed this article named Shanice Shrestha Sharma Biography. If you get a little bit of information through this article you can share it with your friends.